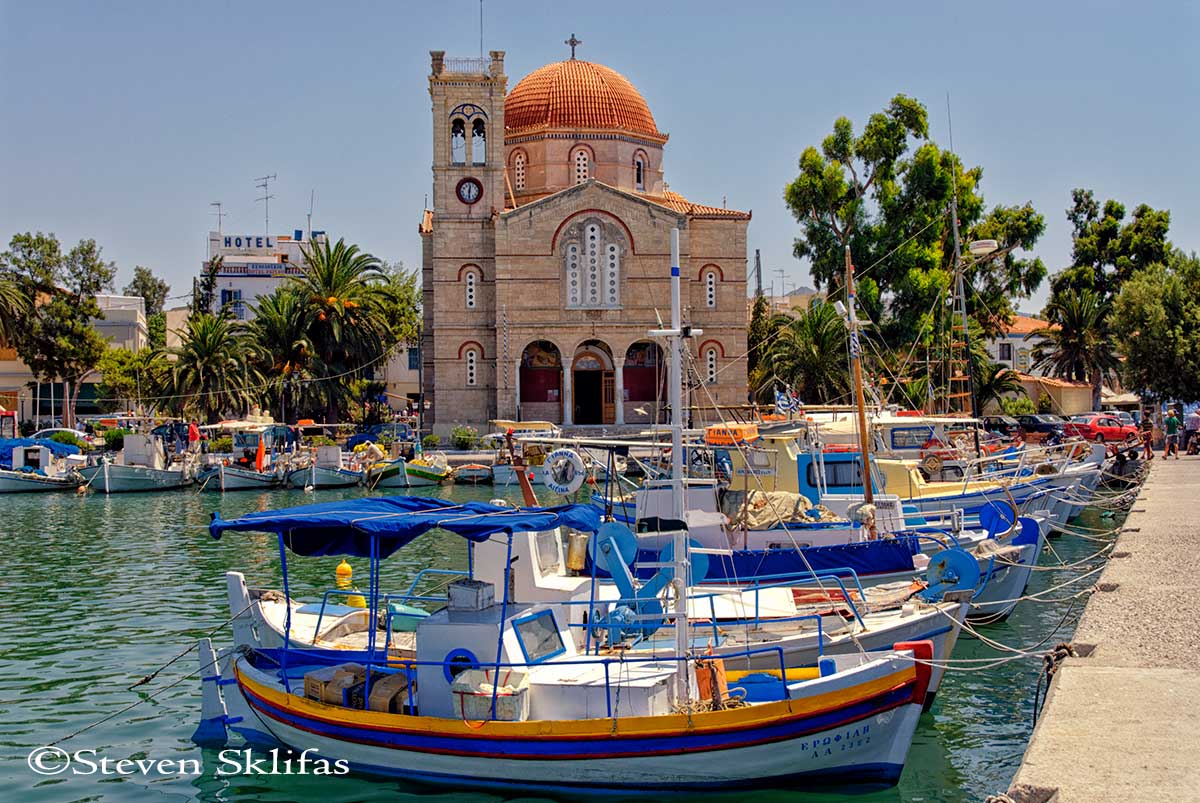 Located between the Attica and the Peloponnese, the island of Aegina (Aigina) is part of the archipelago known as the Saronic Gulf Islands which are regarded by Athenians as their own a little secret paradise to escape to from the hustle and bustle of the capital. (Salamis, Poros, Hydra and Spetses are the other Saronic Gulf Islands)

In the 7th and 6th centuries BC, Aegina was a mighty maritime state that rivalled Athens in power and prestige.

Aegina minted the first ancient Greek coins (marked with a tortoise) and traded and established colonies throughout the Mediterranean. However, the imperial ambitions of Athens eventually eclipsed and then conquered Aegina in the 5th century BC.

Between 1826 and 1828, Aegina town became the first capital of the new Greek state after winning independence and the new government of Greece was set-up there.

Aegina Town is a picturesque harbour town, overflowing with colourful fishing and coastal boats and a lively waterfront lined with neoclassical buildings, taverns, churches and many stands selling Aegina’s famous pistachios, considered the tastiest in the world.

On eastern side of the island, set atop a pine crested hill, stands the impressive 5th century BC Temple of Aphaia, which is one of the best-preserved ancient temples from the ancient Greek world. Dedicated to Aphaia, a local goddess, the perfectly proportioned Doric Temple has twenty-five of the original 32 monolithic limestone columns still standing.

The Temple of Aphaia, together with the Parthenon in Athens and Temple of Poseidon at Sounion, form a perfect isosceles triangle which continues to mystify scholars today.

Aegina is easily reachable from the port of Piraeus, with many ferries available throughout the day ranging from approximately 40 minutes to 75 minutes in travel time.

All Images, Text and Content are Copyright Steven Sklifas

Freelance Writer and Photographer View all posts by Steven Sklifas