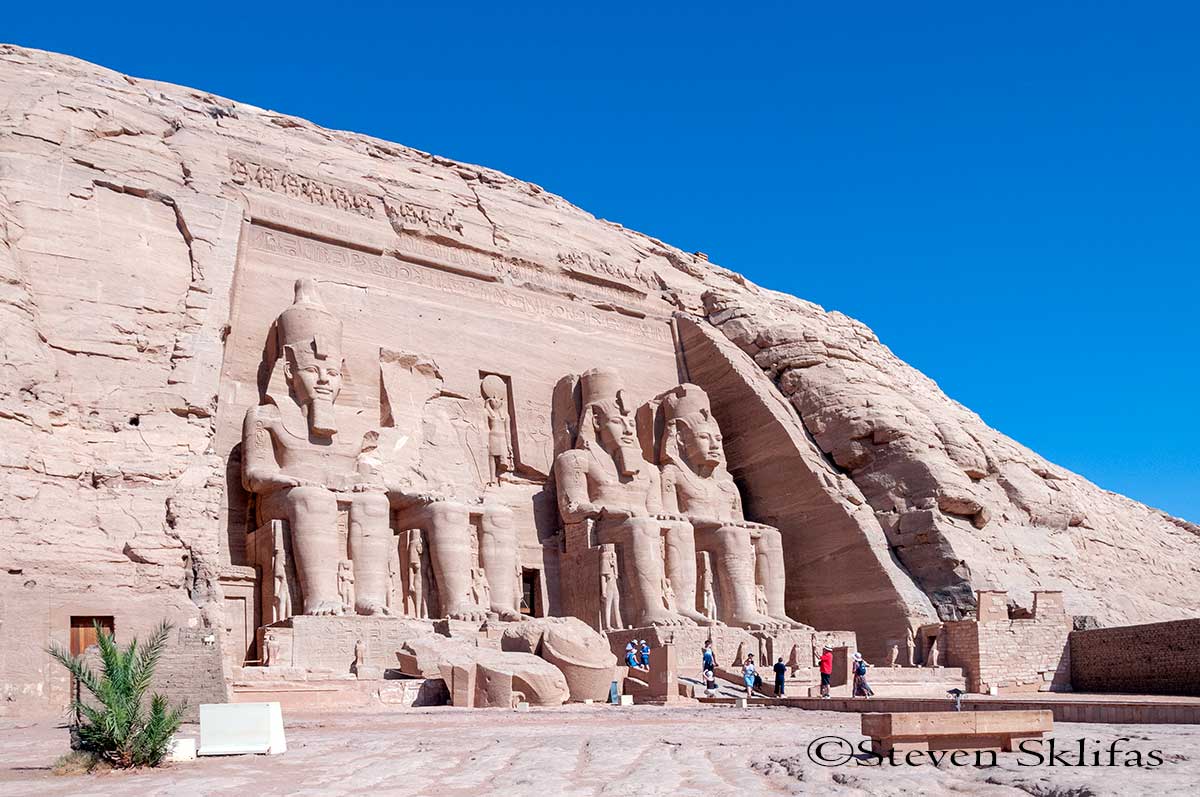 Abu Simbel Egypt is home to one of the most prominent temples of the world – the Great Temple of Ramses II.

The monumental temple complex of Abu Simbel is situated beside Lake Nasser in the heart of Nubian territory in southern Egypt near the border of Sudan. The two temples there were constructed during the 13th century BC (19th Dynasty) for the pharaoh Ramses II and his favourite wife Nefertari.

Taking the throne at the age of 20, Ramses II (aka Ramesses II, Ramses the Great) ruled for an amazing 67 years during the 19th Dynasty (1279-1212 BC) which is the second longest reign of all the ancient Egyptian pharaohs. He was also was a busy man in that he reportedly fathered over 100 children from several wives.

The main temple’s facade has four colossal 20 metre high seated sculptures of Ramses who built the Temple to remind the Nubians that he and no one else is their supreme monarch. The smaller Temple of Nefertari was built for the favourite wife of Ramses II.

The new site was landscaped to match its previous location (including the hill) and what is seen today has been perfectly restored to how it was prior to the monumental move.

Abu Simbel is listed as a UNESCO World Heritage Site together with Nubian Monuments from Abu Simbel to Philae.

Freelance Writer and Photographer View all posts by Steven Sklifas